We are an Oral Surgery practice devoted to restoring and enhancing the natural beauty of your smile using conservative, state-of-the-art procedures that will result in beautiful, long lasting smiles!

Dr Andrew Bookwalter is a board certified fellow of the American Board of Oral and Maxillofacial Surgery. After attending University of Maryland for undergraduate studies in engineering, he earned his DDS at Ohio State in 2003. He entered service in the US Navy in 2003 and completed a General Practice Residency (GPR) at Naval Medical Center San Diego. Follow his GPR he was transferred to Okinawa Japan where he finished a 3 year general dentistry tour. He began his oral surgery training in July 2007 at National Naval Medical Center in Bethesda, MD and finished in 2011. Following training, he was stationed on the USS Eisenhower (CVN 69) and completed two deployments as Strike Group VIIIâ€™s oral maxillofacial surgeon. Â In 2013, he transferred to Naval Medical Center Portsmouth where he served as a staff oral surgeon to the OMS, GPR, and AEGD resident programs in addition to assuming the responsibilities of department head of Naval Station Norfolk Oral Surgery clinic. 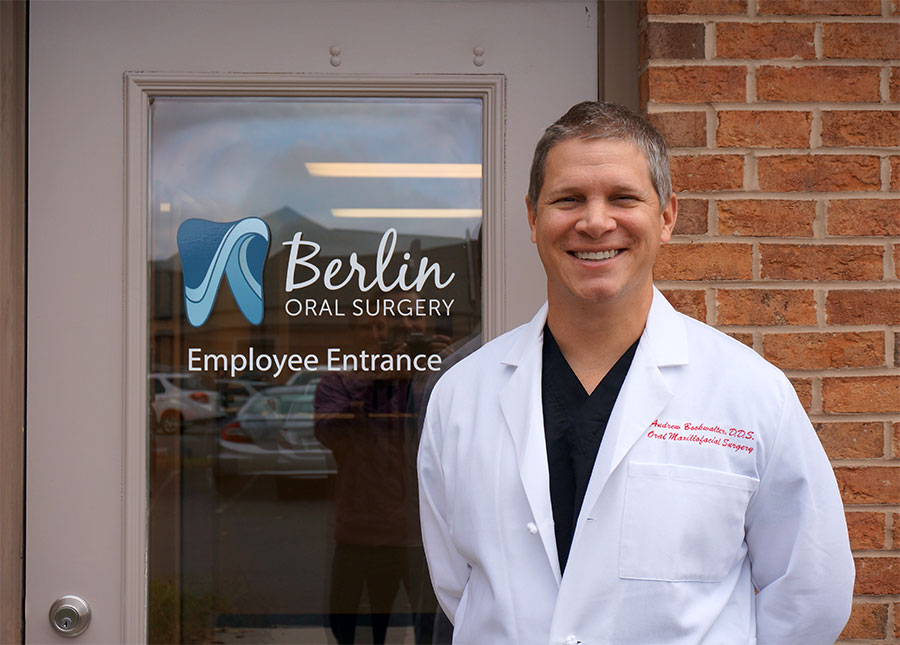 Dr. Bookwalter maintains an active dental license and class III anesthesia permit in the state of Maryland. He is an active member of local and national dental organizations. He has lectured to the local dental societies.

Dr. Bookwalter and his wife, Erin, relocated to Maryland Eastern Shore in June 2015 with their three children, Ben, Bradley and Ellie.